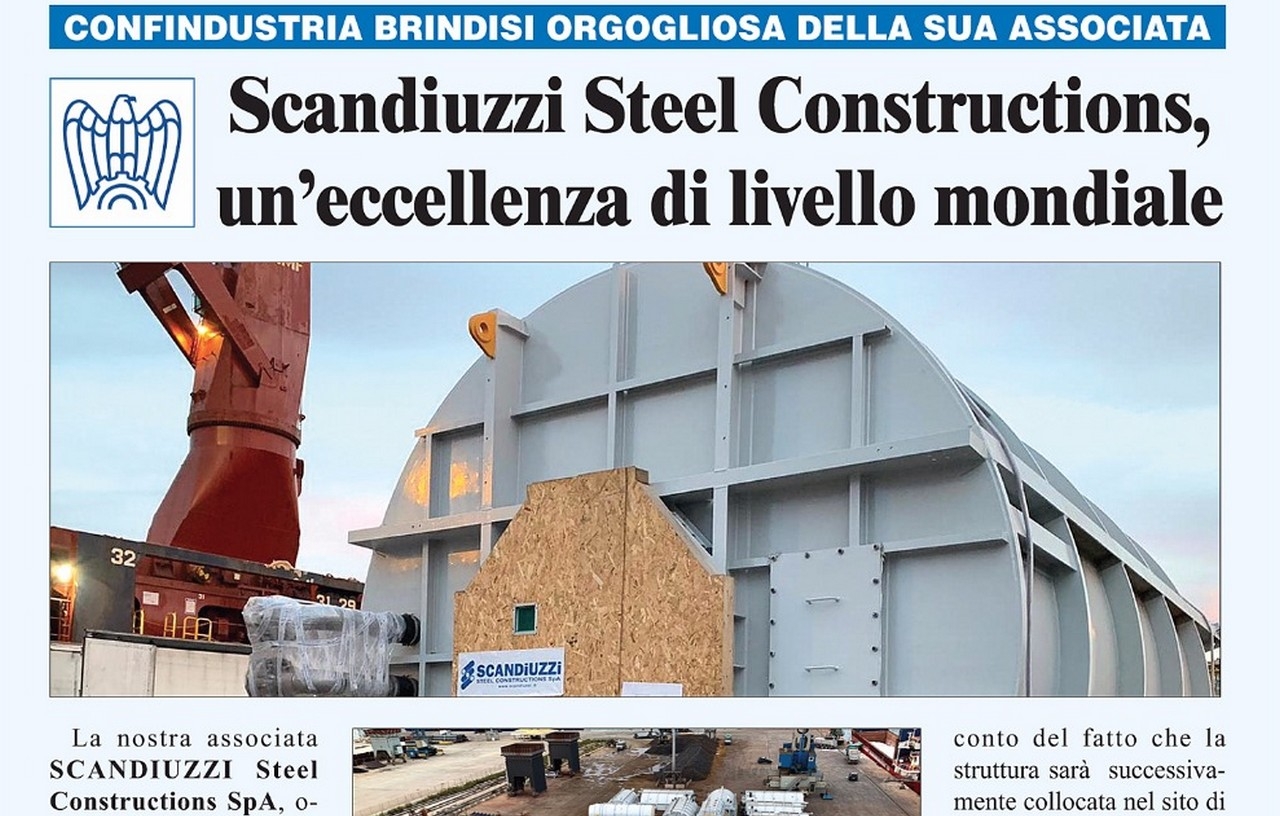 SCANDIUZZI Steel Constructions our associate, works in the steel constructions – from design to start-up – since 1973 at Volpago del Montello in Treviso; and at Brindisi since 1997.


It is located in the industrial area, near the city’s port.


The company realizes complex projects, thanks to a union of qualified activities like engineering, procurement and fabrication – managed by skilled people – as well as the opportunity to board whole or modular big items.


In theses days, indeed, a total of seven heaters – for the production of Hydrocarbons – are being transported by sea and will be installed at refinery in Iraq.  It was a complex, high-engineering job, not just steelworks, consisting of several activities with turnkey delivery," said the plant manager, Ing. Nicola Parisi. "Built entirely in Brindisi, based on Italian engineering and Italian manufacturing. A very high level of prefabrication, taking into account the fact that the structure will later be placed at the destination site so the site operations and problems will be reduced (the more you assemble the more you reduce site problems/activities)."


It has been selected Brindisi for the availability of big space of the port, which permit to fabricate special items – with big dimensions and weights – and to deliver, as in this case, more than 800 Ton in one solution.


During all the operation has been employed among 50 people for seven months.


Confindustria Brindisi is happy to include between his members – not only in the city, but also in the entire province – companies which are pillars of excellence, competitive both in the national and international market.