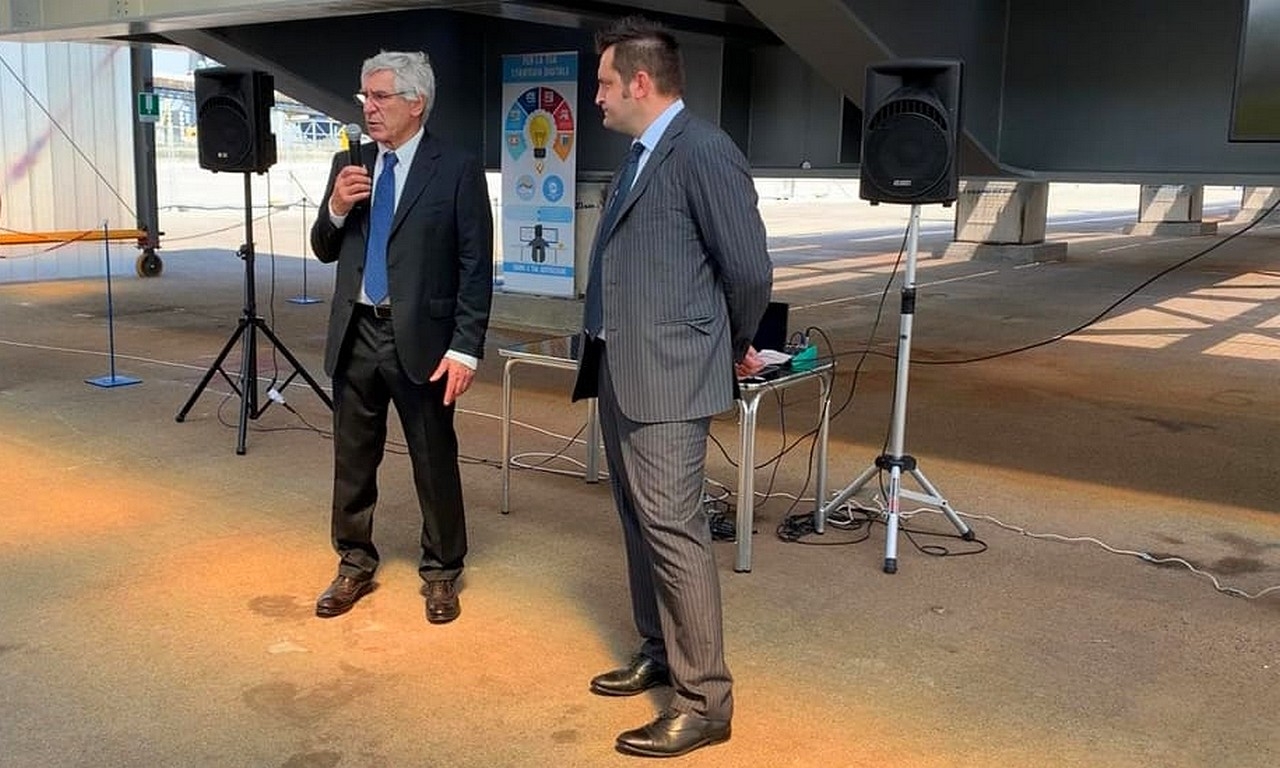 Big opportunities in Brindisi for Scandiuzzi


The platform for mega yachts built in Brindisi was presented. "Parts of the new Genoa bridge will also be built on the Brindisi site".


BRINDISI – In an extremely difficult period for the Brindisi economy, marked by protests by workers who have been without pay for months and by companies caught in the grip of the crisis, it is heartening to see a company taking on new and ambitious challenges, seeking to expand the volume of its business both in Italy and abroad. With the construction of the platform for lifting mega yachts, in technical jargon the ship lift, another prestigious goal has been achieved by Scandiuzzi Steel Constructions SpA, an steelworks company based in the province of Treviso that 20 years ago opened a plant in the industrial area of Brindisi and for the next decades will continue to invest in the area, seizing the opportunities it offers.


The characteristics of the work


The project was presented this morning (Tuesday 23 July), in an area granted in concession by the Southern Adriatic Sea Port Authority, close to the Costa Morena Est quay in the capital's industrial port. The event was attended by the Scandiuzzi family (the founder, Cavalier Renzo Scandiuzzi, the CEO, Fulvio Scandiuzzi, founding member of Scandiuzzi, Ivana Zanatta, and Massimo Scandiuzzi, Director and project manager) the executive director of the workshop, Ing. Nicola Parisi, representatives of local institutions and a representative of Dinamo Basket Brindisi, a club of which Scandiuzzi is a gold sponsor.


The platform, destined for a leading mega-yacht refitting operator based in Genoa, has a length of 110 metres and is capable of lifting up to 3 thousand tonnes. The plant manager described it as "a lift that allows yachts to be refitted". The structure is controlled by 16 lateral winches, each with a capacity of 400 tonnes. A modern and sophisticated synchronisation system reads both the movement and various parameters, including weight data.


This is a real lifting plant," explains Parisi, "which will be certified and tested. On 14 August, the platform will be loaded onto a barge. The long sea voyage to the port of Genoa will be handled by a leading Italian company. Weather permitting, it is expected to arrive at its destination on 20 August. In September the final testing will take place. In October the first ship will be launched.


Parts of the new Genoa bridge in Brindisi


The construction of the ship lift is one of the many orders entrusted to the Brindisi site of Scandiuzzi. Suffice it to say that the plant in Via Enrico Fermi is currently building parts of the load-bearing structure of the new bridge in Genoa that will replace the Morandi bridge. And that's not all. The cavalier has expressed his intention to launch in Brindisi also a company operating in the field of maintenance and assembly, "not only in Italy, but also worldwide", which is currently based in the North-East.


"Proud to have stayed in Brindisi".


The company therefore continues to invest and diversify its activities, despite a political class that Renzo Scandiuzzi prefers to lay "a blanket on", as it is incapable of understanding the real needs of industry in the areas of research, technology and innovation. And it is precisely in these sectors that the Brindisi area has considerable potential. "From here," explains Renzo Scandiuzzi, "very important supplies can be made all over the world, thanks to the ease with which works can be shipped and transported by sea. The first few years were difficult," he continues, "because at first we felt like strangers in other people's houses. After being targeted by thieves, the factory was broken into several times, with 27 burglaries in the space of 4-5 years. But this period is now behind us. "Now we are happy and proud," concludes Scandiuzzi, "to have remained in this area, which offers great opportunities and work possibilities, thanks to its human resources, technological know-how and the port and railway area. This territory deserves much more than what it has expressed so far”.