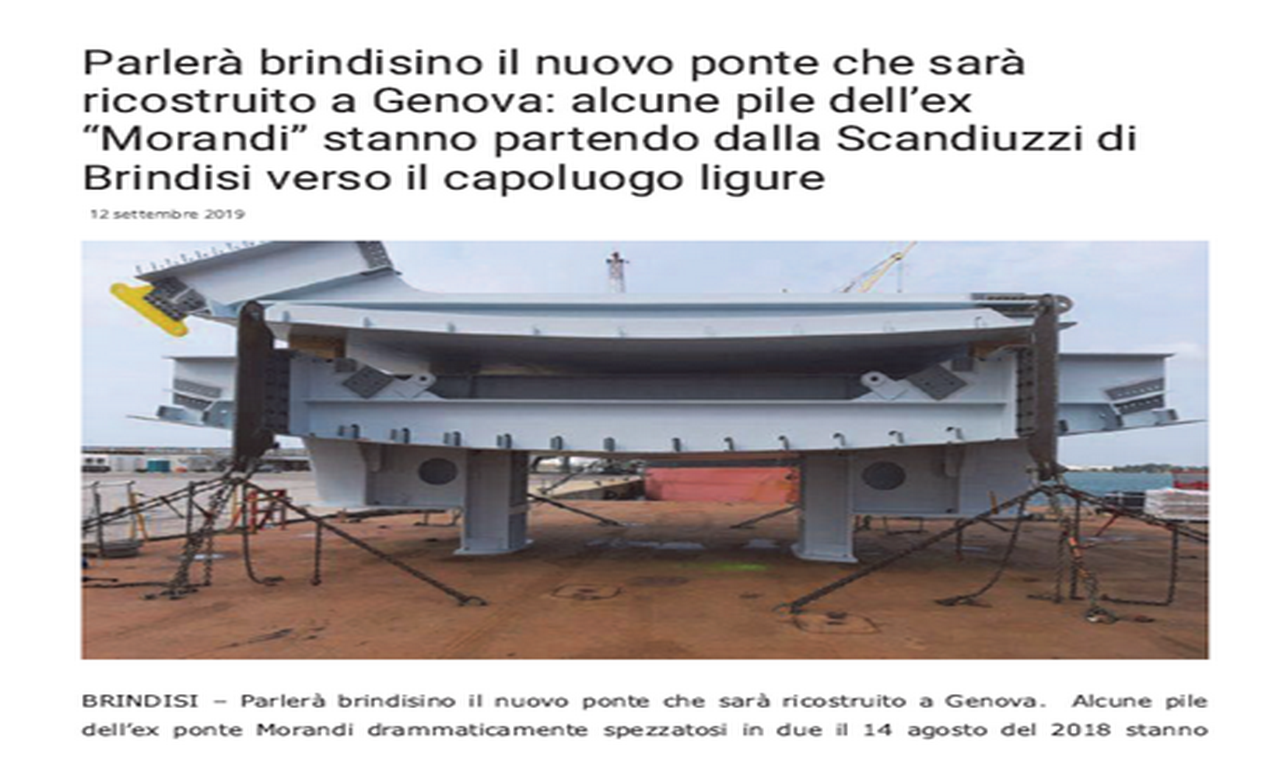 POLCEVERA VIADUCT - The new viaduct in Genova will speak

BRINDISI - The new bridge that will be fabricate at Genova will speak “brindisino”. Some steelworks of the former Morandi bridge dramatically broken in two on 14 August 2018 are in fact leaving the port of Brindisi for Genoa thanks to the work of Scandiuzzi SpA’s workers who have been working in our industrial area for years. The steelworks company, which has its head office in Volpago (TV), since 1995 has a plant in our town as well, employing several dozen workers who have acquired specific skills over the years. This news is proof of the excellent work carried out in Brindisi and the good equipment of the port, which is currently allowing the various pieces of the new bridge to be loaded onto special barges. The piers consisting of three elements and weighing a total of 100 tons each are currently being shipped to the Ligurian port. These steelworks are the elements on which the bridge itself will rest and are of strategic importance for the construction of the important work. Scandiuzzi's plant in Brindisi is demonstrating, once again, the enormous potential of the company itself combined with first class logistical support. The same company is also close to the sport of our city indeed, since last season, it has been one of the main sponsors of Dinamo Basket Brindisi, the only basketball team that will play in the C series. The manager of the Brindisi plant, Nicola Parisi, is really enthusiastic about this order and hopes that our territory can grow further thanks to the many opportunities that can be developed in the area.